She holds a special connection with children’s books.

“I spent most of my childhood reading books, and being inspired by them to write my own stories,” says the fourth-year student. “Because of that, I decided that my research should be about children’s books.”

“Also, I have this impression that nowadays, many children are turning to digital devices and are separating themselves from books and stories that are made specifically for them,” adds she, who originally comes from Malaysia.

In a seminar under the guidance of Professor Takashi Iba, she was introduced to a concept called pattern language. Pattern language is, simply put, a way to describe best practices, or express the “aliveness” of human endeavor, by identifying patterns.

Pattern language originated, she explains, “as a part of architecture, as a way to discover the best way to build a community,” but is now used in various fields such as programming. If you have a problem, pattern language can provide the solution. “It’s a way of listing the best practices in a certain field. These days Prf. Iba is using it for what he calls ‘human actions.’”

Her goal in discovering the patterns behind these books was, in part, to help “people who wish to create a children’s story, but are unsure of what it should contain.” Writing books and stories using her findings, she hopes, will “assist children with their development.”

She’s pattern language project was not entirely a solo endeavor. In searching out her patterns, she interviewed her fellow seminar members to learn which elements in stories that they read as children they regarded as the most important. She credits those interviews, as well as weekly progress report sessions in the seminar, as essential to completing the project.

Since finishing her research, she has presented her findings at a student conference, and next plans to create a version for use in elementary schools. Her aim is for teachers and children to “choose their favorite elements to create their own stories.”

At SFC, research projects don’t end in the theoretical stage: students have the chance to try them out in real life. Research from this SFC student may end up inspiring the next generation of children’s book authors. 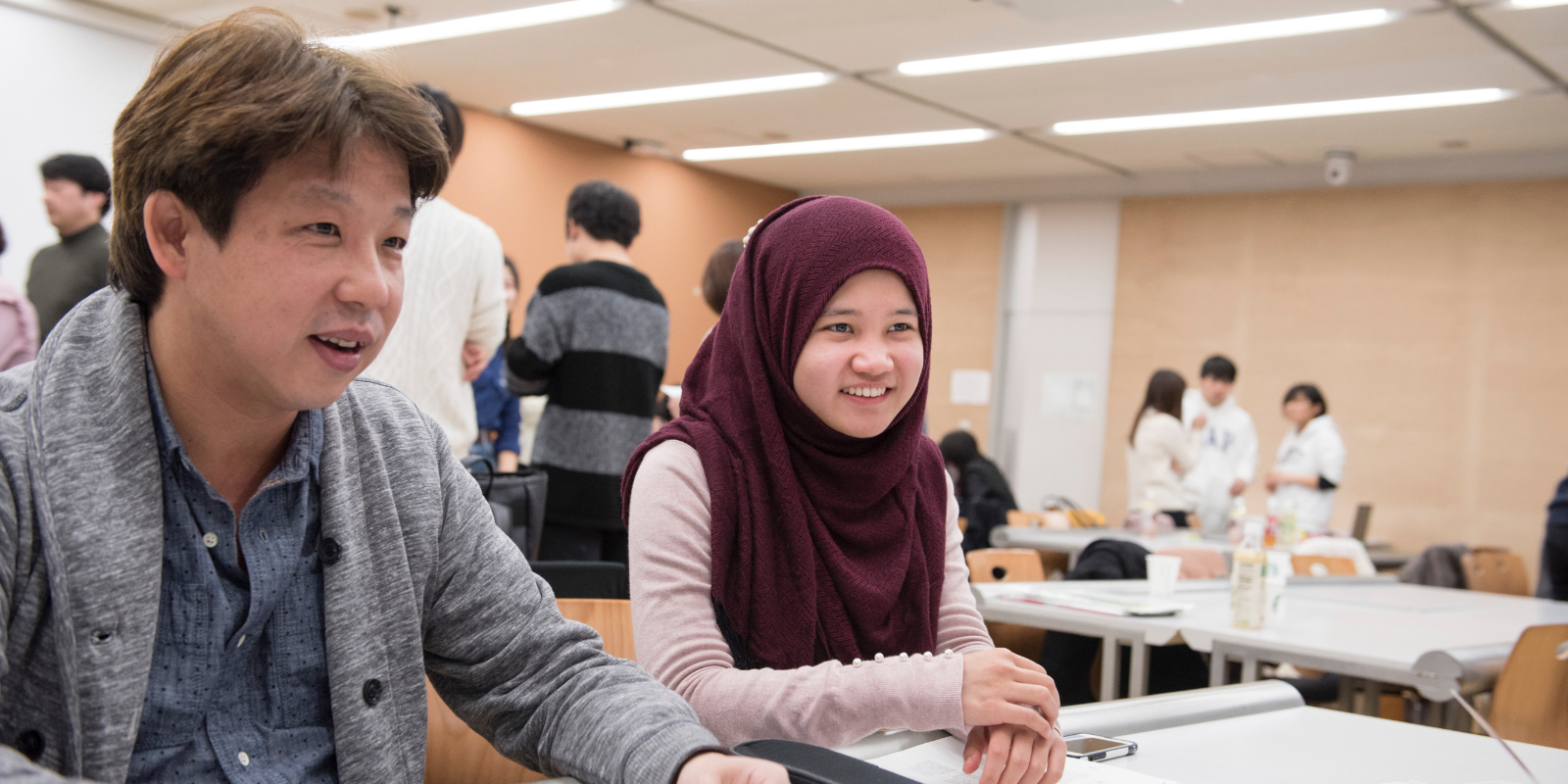 From programming to patterns

She went to primary school in Sudan and high school in Saudi Arabia. Growing up, she was exposed to Japanese culture via Japan-related events and television programs, and became interested in the country’s music, food, and culture. She was interested in going to university in Japan, but had never studied the language—which made the English-language GIGA program a perfect fit.

Like many SFC students, what she planned to study coming in and what she ended up doing in the end were quite different. She initially chose SFC because of its good reputation for programming. But after a few programing classes, she decided it wasn’t her path.

“I kind of decided to change my field. That’s what’s nice about SFC. If you decide to change your course of study suddenly, you’re allowed to do that.”

It was then that she had her fateful encounter with pattern language:

“I was always interested in education and writing, but I didn’t think that I would do it academically. One of my friends who was already in the seminar for pattern language suggested that I join as well. The seminar is usually in Japanese, but the professor opened an English one, so I decided to join it.”

Though she’s Japanese has improved greatly since coming to SFC, she was delighted to have access to this seminar in English. She notes that these days, a number of other professors have been offering in English, too, seminars that were originally in Japanese only.

For those considering SFC and the GIGA program, she echoes many of her fellow students in noting that the university is definitely for those who are willing to take an active approach:

“It’s important to have a plan already. You can’t just sit there and wait for the professor to suggest something. You have to kind of be a go-getter and decide on your own project.”