Making the Internet a better place

These days, do an Internet search for, say, shoes, and you’ll soon be inundated with advertisements for sneakers, loafers, sandals and more on every page you visit. That’s just one example of the immense amount of personal data being collected by trackers and cookies online.

In most of the activities we do online, says the fourth-year student, “we give out our private details unknowingly to third-party trackers without our consent. I want to make sure we can browse the Internet without our privacy being leaked unknowingly.”

Vivaldi, who is from Indonesia, is incorporating technologies such as Network Namespace and VPN into his graduation project, a web browser that “intelligently conceals your IP address and disables cookies and trackers. Your privacy—your IP address, your browsing pattern, will be very secure.”

Vivaldi says that when he needs advice on his project, he turns to professor Husni, who actually helped convince Vivaldi to come to SFC at an event in Indonesia.

But Vivaldi isn’t focused solely on IT—he is now taking classes in business and management to improve his skills in those fields. 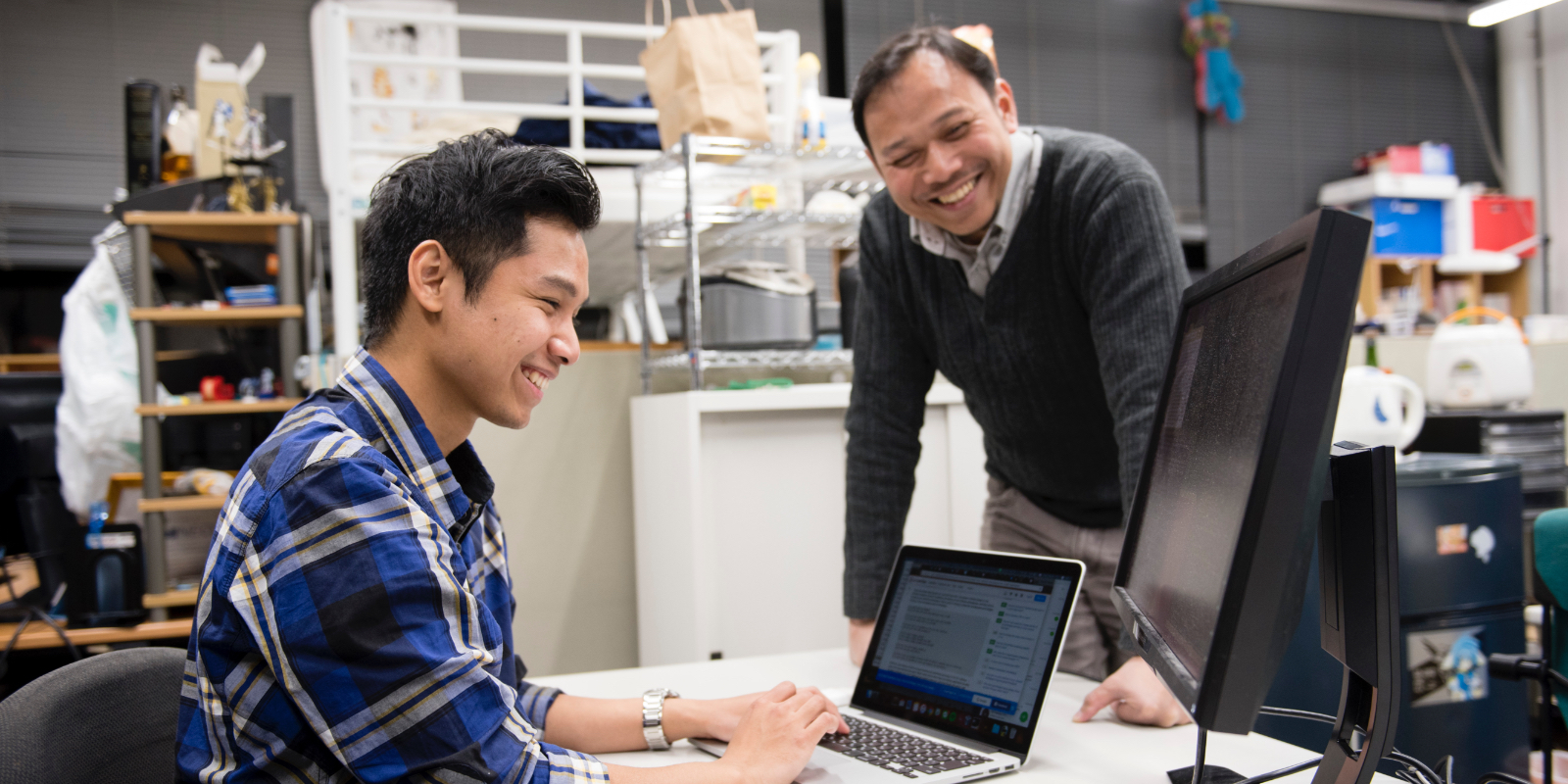 Vivaldi actually had experience living in Japan before attending SFC, arriving as a junior high school student when his parents moved to the country for work. His family moved back to Indonesia a few years later, but his time in Japan stayed with him.

“I thought, ‘Japan is a nice place. Why don’t I try living there?’”

Vivaldi considered several universities in Japan, searching for schools with good IT programs. Though he spoke some Japanese thanks to his earlier years in Japan, it was the GIGA’s program’s English-language IT courses that grabbed his attention. The excellent reputation of the Keio University system—and the chance to study under the guidance of leading technology expert Jun Murai—didn’t hurt either.

Vivaldi is studying at SFC thanks to a scholarship created by Rakuten Managing Executive Officer and SFC graduate Masatada Kobayashi, who, Vivaldi explains, “graduated from SFC and thought, ‘why don’t I help fellow SFC students?’”

The scholarship, which is “awarded to hard working students who display an aptitude for and interest in advanced information technology and policy,” is about more than just funding: Vivaldi says recipients are able to consult with and ask Kobayashi advice. They’ve also formed their own community, helping each other out with projects and becoming friends.

To potential SFC students—especially ones from Southeast Asia—Vivaldi says:

“I think the typical mindset is, you go to university, take a major, take certain classes, then write your thesis. It’s all structured. But it’s not like that at SFC.” He says that prospective students need to be aware that SFC has less structure, and more freedom, which “is beneficial—for those who know how to use it. At first, it was such a culture shock.”

But once you’re used to that freedom, he says, you’ll “be grateful for it.”