The 27th annual Fall Festival was held at Shonan Fujisawa Campus on the weekend of October 13, 2018.

This year’s theme was “the pond, fireworks, and me” with “me” referring to all of the participants, SFC students, and festival committee members enjoying the fireworks at the relaxing Duck Pond. The Fall Festival takes place right after new international students begin classes at SFC in September, giving them a good opportunity to get used to their university life. The theme of this year’s decorations was “around the world” and students welcomed 5,500 guests with decorations representing countries such as Korea, the UK, and Indonesia.

An opening ceremony kicked off the event on the special stage for the first time ever in the Fall Festival. It was followed by performances by the dance team, the Japanese idol cover group, and bands, and people were excited throughout the entire show. Continuing from last year, international students operated food booths forming “Global Street” where food was served from a variety of countries such as Taiwan, Germany, and France, filling the booths with overjoyed attendants.

Many families joined the event, and the children focused busily in the “handmade” booth where they enjoyed making coasters and bath powder. The international students’ eyes dazzled at the traditional Japanese “Senko” sparklers, and the festival ended with a final welling up of excitement as the night sky was lit up by fireworks. 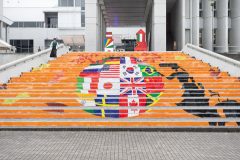 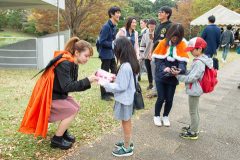 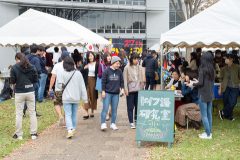 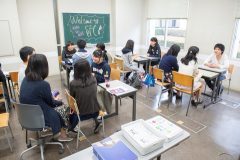 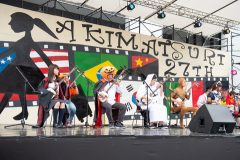 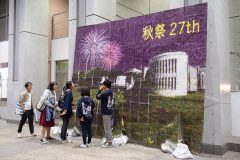 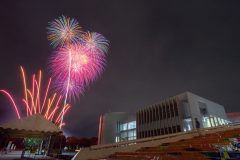