Manthata Thakgatso William may only be in his first year in the GIGA program, but he’s already become one of the SFC campus’s most ambitious student entrepreneurs.

William, who is from South Africa, says his particular business idea was inspired by a gift—specifically, the gift of knowledge.

“I received books from my seniors, and after reading them, I felt like keeping them to myself would be a betrayal of the universe! I felt I wanted to pass those books along to other people, but it was a bit difficult to do.”

Thinking about how to best get used books off shelves and into the hands of those who need them, William hit on the idea of a mobile app.

William’s entrepreneurial skills were evident from an early age: He was already reselling sweets to his fellow students when he was at primary school! Still, to launch his book app, he will require a variety of skills, from programming to marketing. To that end, he’s taking advantage of SFC’s flexible curriculum to build a schedule to learn those skills.

William says there are many places on campus to turn to for advice on his venture, including his business professor, who sits down with him for one-on-one sessions. But he also relies on fellow student entrepreneurs, including one who sells curry on campus. Finally, he notes the importance of the Keio Fujisawa Innovation Village (SFC-IV), a facility for trying out new business ideas that puts students in touch with potential investors.

“They help us make sure our business is set up and ready to be launched, and also provide funding, but most importantly, they give advice,” he explains. “My business class is where I learn the theory, and SFC-IV is the laboratory where I put my business lessons into practice.”

William plans to put his app into action with a market test this year in South Africa. He explains the philosophy behind the project:

“Knowledge is a very powerful tool that we use to develop our world. Successful people study a lot. Bill Gates, for example, reads a ton. Reading is where we become enlightened. I’m really interested in trying to improve other people’s lives through entrepreneurship.” 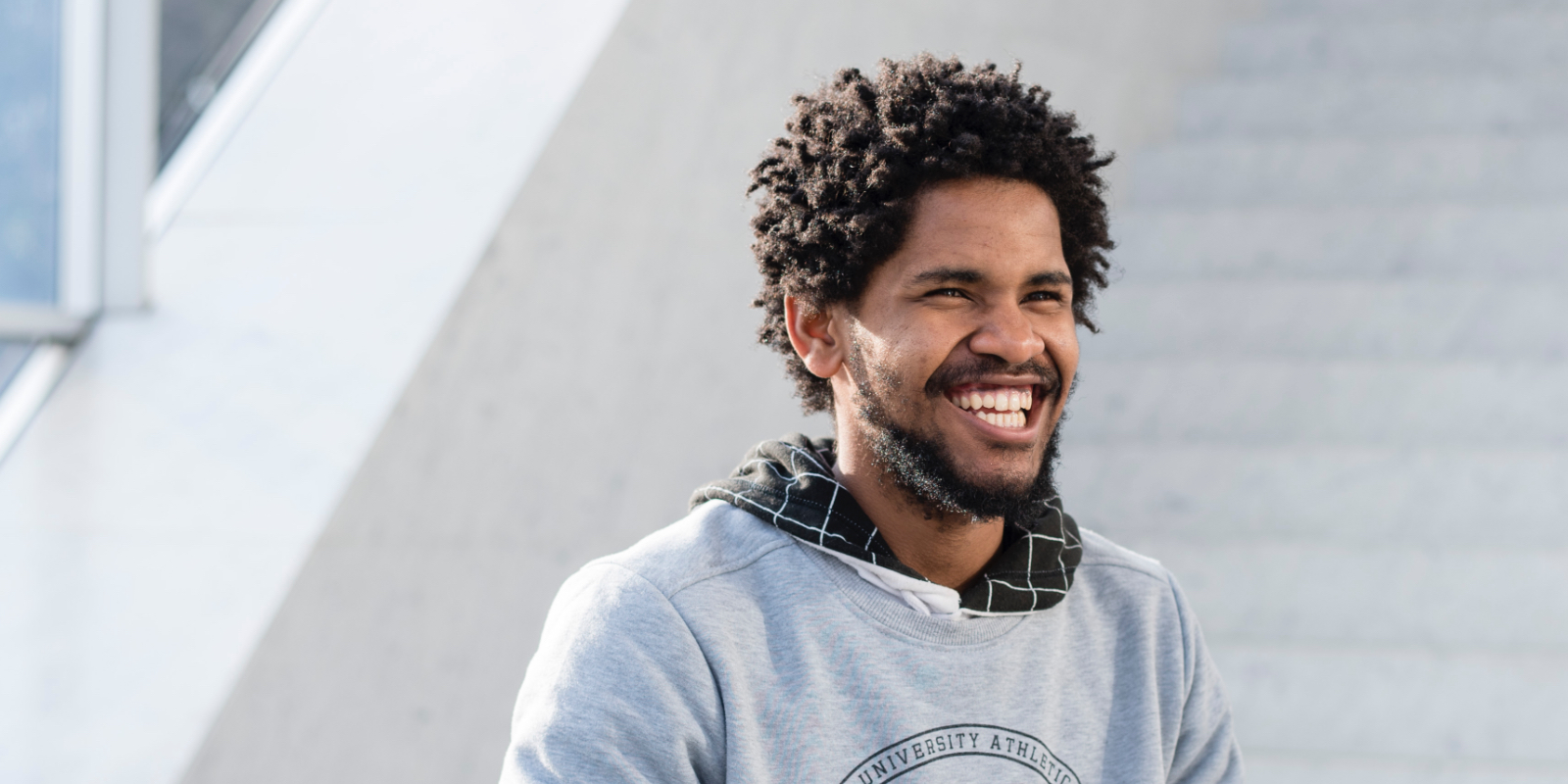 Made in heaven for me

William learned about SFC and the GIGA program through an event in Kenya called the Tokyo International Conference on African Development. He was drawn to the university’s flexible structure and renowned professors—and the ability to join those professors’ seminars from year one. He was excited about beginning his studies even before arriving on campus, but once he arrived, that excitement went into overdrive:

“When I came here, it was just… I don’t know how to explain it. It was just amazing. I loved the environment. Even the color of the buildings is my favorite color! When friends and family ask about SFC, I say, It was made in heaven for me.”

Aside from classes related to business development, William is also interested in 3D printing and digital fabrication, another big draw. Since arriving, he’s even discovered a new hobby thanks to the on-campus gym: body building!

William says the ability to study all his varied interests (and lift some weights at the same time) is a chance he might not have had back home.

“It’s amazing how different Keio is from traditional universities in South Africa. I think it really cultivates leadership spirit.”

In fact, it’s his goal, he says, to eventually bring SFC’s unique methods back to his home country.

“My biggest goal in life is to build another Keio University there. I want to bring Keio home.”

And this is far from a pipe dream: William is even planning how he would raise money for the school and where he would build the campus. Just one more example of the entrepreneurial skills he’s currently honing at SFC.