For SFC student Pham Thanh Hang, the chance to immerse herself in the Japanese language was a big draw.

SFC’s flexible curriculum allows students in the English-language GIGA Program to take classes outside their faculty—and for Hang, a big fan of pop culture like anime and manga,
that meant diving headfirst into Japanese.

Aside from taking Japanese-taught classes, one way the Vietnamese student has been practicing is studying at SFC’s Japanese Lab, an on-campus center for Japanese study. At the lab, which she visits about four days a week, Hang studies essential skills like listening, speaking, writing and reading plus specialized topics like how to write academic essays and present in Japanese.

“I’m really impressed by the Japanese Lab. First, the teacher asks you how you want to study Japanese. For example, for me, I like to concentrate on speaking. I don’t like writing or grammar,” she laughs.

Hang’s tutor, in fact, is a student who participates in the same SFC jazz dance club as she does, meaning Hang can practice Japanese while talking to a friend about an activity she loves.

Hang has also been practicing her Japanese in real-world situations by joining extracurricular clubs and programs that help “create bridges” between students from Japan and elsewhere.

During her first year, she participated in a number of athletic clubs, like badminton and dancing. Since then, she’s joined an initiative in which members travel to other countries and introduce study abroad programs in Japan to students—last summer, they visited Hang’s native Vietnam.

“I got to act as the translator,” she says.

Hang says her participation in such clubs is “a good chance for me to practice Japanese outside school, as well as to understand the culture and people in Japan better. Of course, in the beginning it was really hard and I made a lot of mistakes, but thanks to my teachers and friends, my Japanese keeps getting better and better.” 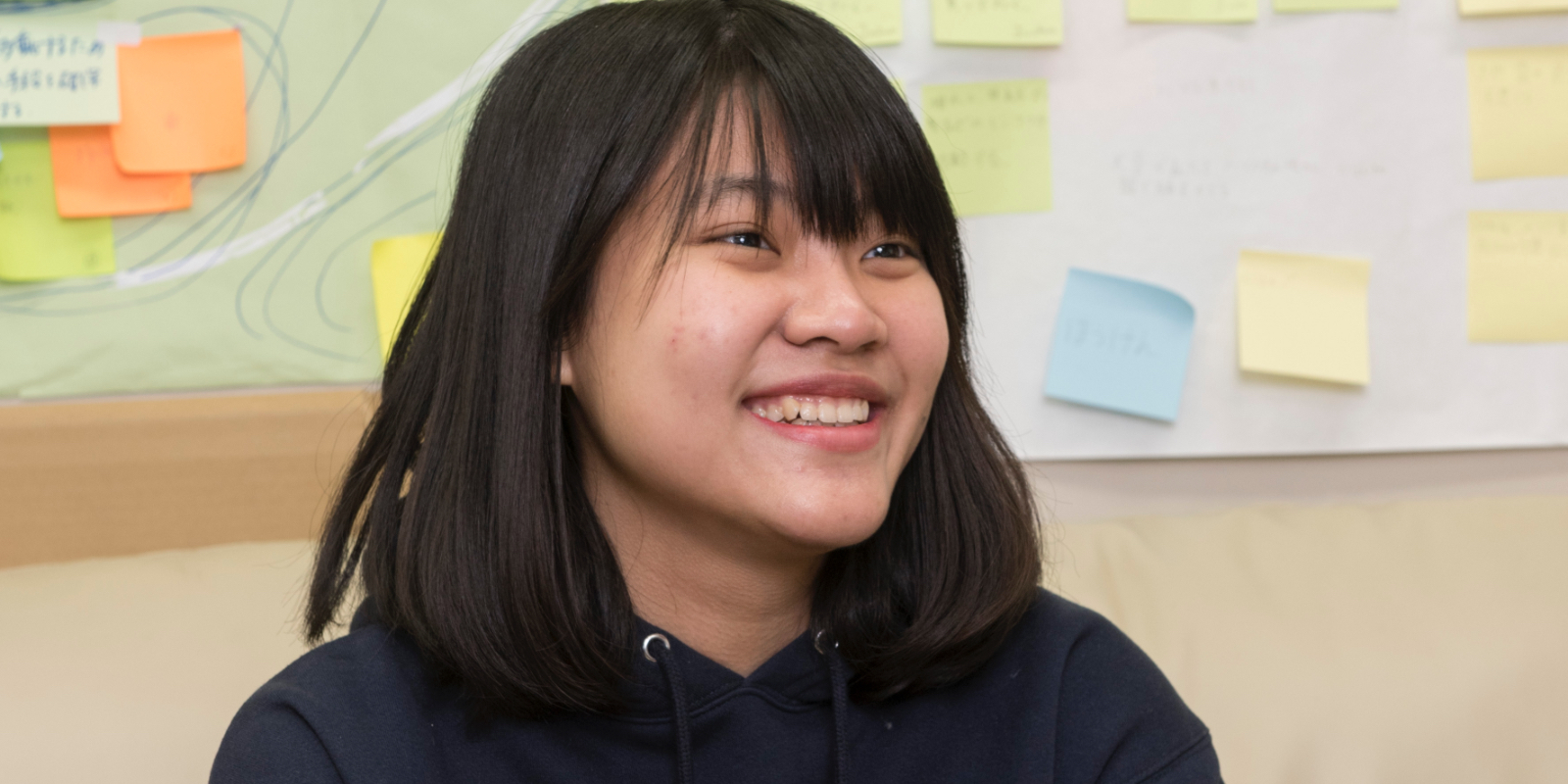 Safety, freedom and self-reliance
Japanese wasn’t the only reason Hang decided to attend SFC. On a practical level, she says, “Japan is famous for being a safe country, and as a girl living far away from my family, Japan was a good choice for me.”

She was also impressed by some of the big names in SFC’s faculty, including Jun Murai, in whose seminar she is currently participating.

But the biggest draw may have been SFC’s flexible curriculum. Hang was initially studying economics at a university in her home country of Vietnam—until, that is, she met a student from SFC, whose description of the Keio campus’s self-designed curriculum seemed too good to pass up.

“He told me about his student life, and I thought, wow, that campus sounds awesome! Everyone has so much freedom. In other universities, you have to follow a fixed curriculum,” explains the second-year student, “but at SFC, you can study what you want.”

Arriving at SFC, Hang decided to major in Policy Management. She has embraced the freedom afforded by SFC’s flexible curriculum: aside from Japanese, her schedule currently includes classes in subjects as varied as architecture, IT, web design, and mathematics. In the future, she would like to develop VR platforms for the internet. It’s a far cry from her initial study in economics, and an interest she credits SFC’s varied curriculum for sparking.

Hang, who plans to join a Japanese company after graduation, notes that because SFC’s program is so flexible, it rewards students with a strong independent streak.

“We can do whatever we want, so we have to be self-reliant, and decide for ourselves what we really want to do.” She continues, “I remember a professor who said ‘SFC is like a jungle… if you don’t have a good sense of direction, you’ll get lost.’”

Addressing resourceful individuals who have an interest in forging their own path, Hang says, “if you’re looking for an environment with a lot of freedom, come to SFC. You can do whatever you want!”