For Ibolya Belakova, SFC offered the chance to explore multiple passions at the same time.

The second-year student, who is from the Czech Republic, became interested in Japan at a young age, when she read Junichiro Tanizaki’s classic work of literature, The Makioka Sisters, in elementary school.

While she initially considered enrolling in a Japanese Studies course in Europe, she also had a deep interest in studying politics, economics and law in order to “bring some good into this world.”

That made SFC and GIGA, which allowed her “to fuse my interests with the things that I think will be useful for others’ future,” the ideal choice.

Ibolya was awarded the Masatada Kobayashi Scholarship for International Students, which was established by Masatada Kobayashi, an early graduate of SFC and one of the founding members of digital commerce company Rakuten.

Ibolya credits the scholarship with giving her “the assurance that I will be able to continue my university studies despite my financial situation.” She says it frees her from the difficult choice between attending class or working.

But the scholarship is about more than just financial well-being: it has also provided Ibolya with a support system. She and other scholarship recipients have the chance to meet regularly with Mr. Kobayashi, and Ibolya describes him as “a great person.”

“He told us himself he really enjoys seeing our progress. I think this is a very unique scholarship, because we have so much communication with the person who actually offers it, and he actually cares about us.”

In addition, Ibolya says she’s become good friends with several of her fellow scholarship recipients, and that they have developed a kind of support network of their own.

For students applying to the Masatada Kobayashi Scholarship, or one of many other scholarships available to international students, Ibolya recommends speaking with the staff at the Office of International Affairs, who she says are “very pleasant to work with.”

She also says: “When it comes to personal statements and motivational essays, as long as you’re honest, tell them your issues, and what you expect from the scholarship—and, importantly, what you can offer the university—the application process isn’t that hard.”

A varied schedule, both inside and outside the classroom

In order to achieve her goal of bringing good into the world, Ibolya is focused on research into conflict prevention and management, a field that brings her diverse interests together.

“I think it’s one area of research that’s lacking right now,” she says, “especially research into the cost-effectiveness of conflict prevention practices.”

Though most of her classes are in English, Ibolya, with her interest in Japanese culture, is attempting to round out her schedule with classes offered in Japanese. At the same time she is building bridges between GIGA students and those in other programs. One example of a class in Japanese she took recently was Multicultural Communication, which afforded her the chance to weigh in on discussions with opinions from outside Japan.

When she’s not studying, Ibolya participates in extra curricular activities like SFC’s orchestra—and even does a bit of kendo on the side.

It’s not a schedule that allows for much relaxing, but it’s a path, she says, which “mixes my interests in a productive way that will actually allow me to help people and make a difference.” 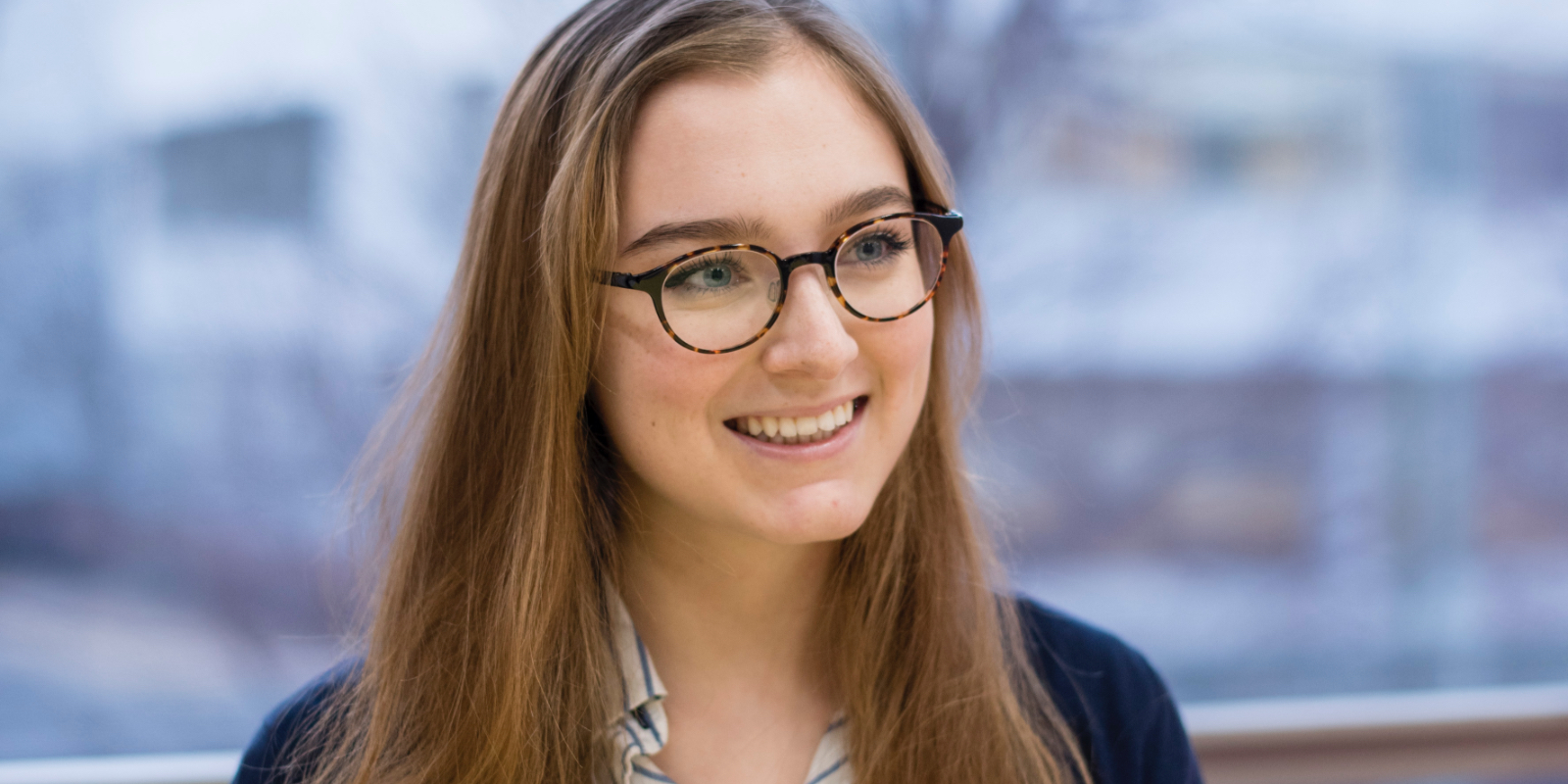 Who is SFC for?

Ibolya notes there seems to be an impression out there that SFC is mainly for students interested in IT and computer science.

“I felt that way at first too, because many of the required classes in the first year are related to programming and math. That’s not what I was excited about,” she laughs.

“But after you get through that first shock,” she continues, “you’ll be able to find what you’re looking for here. I think SFC has a lot to offer people who are willing to work hard and look actively for what they are seeking.”

That process of seeking is not always easy, and Ibolya admits that in her first year she felt a bit confused about what path to take. She credits some upperclassmen friends with giving her advice that helped help narrow down her interests to find “a place I could belong.”

“Once you join a seminar that’s a good fit,” she adds, “the opportunities will just keep coming.”

Finally, Ibolya describes some of the qualities she sees in successful SFC students:

“They’re determined—but flexible. Some people come here thinking they want to become politicians, but then become programmers! If you have an ultimate goal, but aren’t sure how to reach it, it is important to stay flexible.”